As A Muslim, What Mohan Bhagwat’s Outreach Means To Me – N24India.com

As A Muslim, What Mohan Bhagwat’s Outreach Means To Me RSS Chief Mohan Bhagwat’s meeting with five prominent members of the Muslim community has understandably aroused considerable interest. This, incidentally, was not the first time that the two sides have met. The first interaction between them took place in September 2019. Nonetheless, it is a welcome step and this dialogue and outreach must be carried forward on a consistent basis.

The move has been viewed with a mixture of suspicion and cynicism on both sides. Given the history of the relationship, this reaction is not totally unexpected. Most multi-cultural, multi-linguistic and multi-religious societies go through their share of tension and friction, and India is no different. However, in the last couple of years, things have taken a more unpleasant turn. The kind of polarization, vilification and demonizing that the country has witnessed is unprecedented.

Mohan Bhagwat at the meeting with Muslim intellectuals.

I was born 12 years after Independence in a nation that was just emerging from the pain of Partition. I spent my formative years in a boarding school in Allahabad amidst children from all denominations. Religion never figured in our consciousness or relationships. I went to Boys’ High School in Allahabad, a Christian school, and went to church on Sunday. I am fortunate that I have a large number of friends, and we are very much a part of each other’s lives. A majority of them are not Muslim. It is perhaps a tragic reflection of the times that we live in that I have to even make this point.

The India that I was born in and grew up in was compassionate and accommodative. It has unfortunately changed in a manner few of us imagined it would in our lifetime. The kind of othering, suspicion, fear and anxiety that I sense now amongst the Muslim community is something I have never experienced before. We have been through things like this earlier as well, especially in the lead-up to and after the demolition of the Babri Masjid and India has had a history of Hindu-Muslim tension, but it has never been this bad. 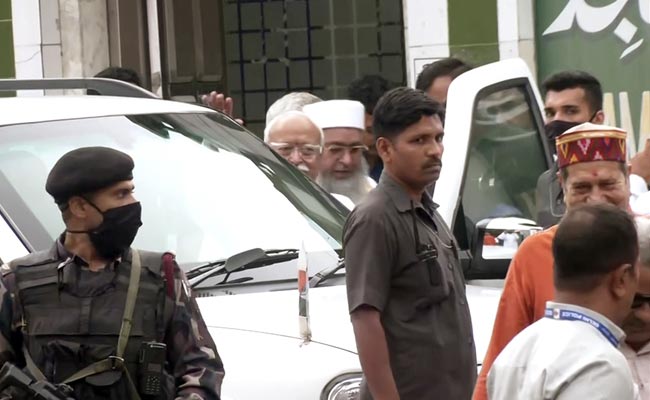 Mohan Bhagwat visited a mosque and a Madrasa in Delhi.

The feeling of ill-will and suspicion is mutual. The majority community has its own set of grievances. Muslims are seen as being insensitive to issues close to the hearts of Hindus. And politicians from both sides have sought to widen the chasm that exists between the two communities.

The Sangh Parivar has long held the view that Muslims received preferential treatment from successive Congress governments at the expense of the majority community. They also believe the time has come for the Hindus to not just reclaim the political leadership of the country, but also impose their cultural and religious imprint on the country.

In addition to the cultural and religious divide, it is the much-hyped Muslim vote-bank which irks the BJP and the Sangh Parivar. Muslims constitute about 16% of India’s voters and as part of their defence mechanism have almost always never voted for the BJP. From 2014 onwards, the Sangh Parivar and the BJP have systematically worked to neutralise the “veto power” exercised by minorities. 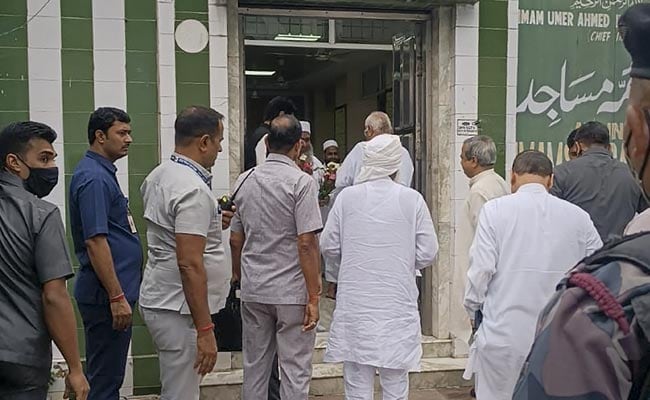 Mohan Bhagwat called for communal harmony in his latest outreach to Muslim leaders.

The unprecedented rise of the BJP has left Muslims feeling politically marginalised. They find their way of life, cultural preferences and educational institutions under threat, in a manner they have never experienced before. But unlike in the past, there is now a realisation that rather than shut the door, it’s time to reach out and talk to the other side. It is time to give reconciliation a chance.

The dialogue with Mohan Bhagwat, the RSS chief, could not have come at a more opportune time. It’s not just minorities, but even liberal Hindus, who find themselves hemmed in by the current atmosphere in the country. The RSS is the ideological fountainhead of the Sangh Parivar and ideally suited – should it choose to do so — to reign in the hotheads in the government and also amongst its ideological fellow travellers like the VHP and the Bajrang Dal.

One meeting alone cannot solve all the problems, and the dialogue has to be a continuous process. Years of suspicion and bitterness cannot be swiftly overcome. There are enough rabble rousers on all sides who will be only too happy to try and sabotage this process. It will require a painstaking effort on all sides to make progress. The responsibility lies with wiser heads in both communities, and with religious leaders, to lend their support to such an initiative. It may still be that this process may yield little and change nothing. But it is necessary that people try.

(The writer is a senior journalist and political analyst.)

Disclaimer: These are the personal opinions of the author.